We are excited to welcome Nebraska into the Okzygen family, and are pleased to announce the release of their newest album, Tangerine!

Nebraska is a hip shaking rock and roll band from Ottawa, Ontario. Being friends since grade school has only helped the band’s bond and music writing process. Described as hard rock funk punk, and fruit rock, the band brings a diverse plate of genres to the table. They emphasize the importance of high energy live shows, so if the chance to see Nebraska play in your city ever presents itself, don’t miss out! 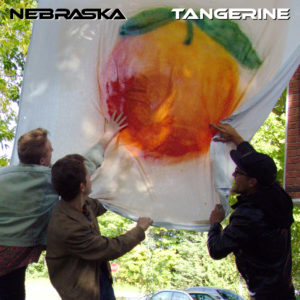 Their first full length album, Tangerine, perfectly showcases the wide number of influences that inspire the band. From massive arena-rock vibes with the song “The Harbor,” to a trip back in time with the ever dance-able grooves of “Cool Cats”, Nebraska deliver their brand of funky punk rock with the same energy and intensity of their live shows!

But in the meantime…

Listen to the first single, The Harbor, now!

The first single from Nebraska’s first album with Okzygen is available now on Bandcamp!

Take a listen in the player below, and give them a follow to stay up to date on all their new releases, including the full length album Tangerine, coming October 18th!