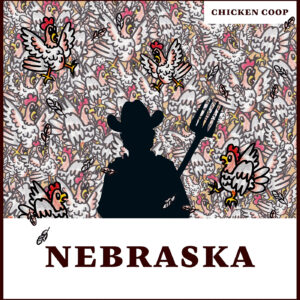 Chicken Coop, the second chapter in the Farmers Trilogy from Nebraska, is out now!

That’s right, part two is already up for streaming around the world! The story continues as Charlie has grown up and taken over the farm, only to realize there may be other forces working against him. Take a listen below!

As mentioned before, this and Charlie’s Farm were recorded by Darcy Brown of Nebraska, then mixed and mastered at Okzygen Studios. Expect the band to head in to the studio in the near future to complete the third and final act in The Farmers Trilogy!